The African Elephant Research Unit (AERU) was established at the Knysna Elephant Park as a means of addressing the lack of research available on captive African elephants in South Africa, particularly with respect to their welfare and husbandry within their own unique environments.

Ten years have passed and we now find ourselves entering a new era with big changes, as we say goodbye to our long-standing Director of AERU, Dr. Debbie Young, and welcome our new Head, Dr. Maud Bonato.

Dr. Debbie stepped through our doors in October 2009 to help conceptualise and manage AERU and with her arrival, the volunteer-research program was born.  Dr. Debbie has been a tireless and fierce champion for the welfare of our elephants here at AERU/KEP throughout the last decade, so in saying goodbye, we wanted to highlight some of the many accomplishments she and the AERU team have achieved in that time:

Dr Debbie’s contribution has been profound and her footprint in the soil here at AERU will leave a lasting legacy.  She is and always will be a part of our herd and we wish her all the success and happiness in her new endeavours. 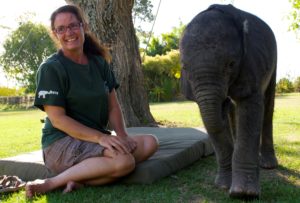 While Dr. Debbie left last year, it has taken us until now to find the right person to fill her shoes.

Coincidence would have it that the perfect match was right at our doorstep:

Originally from France, Dr. Bonato came on holiday some 25 years ago; she fell in love with the country and decided to make South Africa her home.

Maud has specialised in captive and farm animals and has embarked on the quest of getting a better understanding of the reproductive behaviour of farmed ostriches and factors that could promote welfare in ostrich chicks. In parallel to that, she developed a keen interest in understanding how human-animal interactions as well as animal socio-dynamics can influence the welfare of captive species.

Maud has more than 25 peer-reviewed publications under her belt and we hope to add many more to that number once she familiarises herself with, what is for her, a completely new field of research: Elephant behaviour, welfare and so much more.

We are thrilled to welcome Maud as our new Head of AERU! 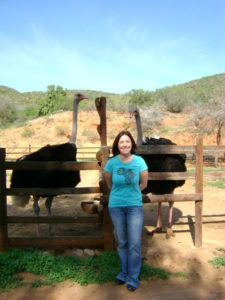 The future for AERU brings great promise with a full team of strong researchers:

We are looking forward to diving into the goldmine of data we have collected through the last 10 years with volunteers and students, as well as our ongoing data collection, and are excited to have a full team of accomplished researchers, as well as someone like Maud, using her skillset and knowledge, to bring it all together.

As a volunteer you can be part of our amazing journey.

A special thank you to all of our donors of 2020: Dorit Lindner Teachers Pay Teachers - ...
END_OF_DOCUMENT_TOKEN_TO_BE_REPLACED

A special thank you to all of our donors of 2019 Jay Turner-Gardner Emily Smith Ulrike Krausenbaum Andrea Langer ...
END_OF_DOCUMENT_TOKEN_TO_BE_REPLACED

A special thank you to all of our donors of 2018: Elmi van Beelen Dan Jones / ...
END_OF_DOCUMENT_TOKEN_TO_BE_REPLACED

No products in the cart.